For those folk who chose to spend the whole weekend with us, the conference began with the fierce rivalry of teams in the infamous Friday Night Fiendish Quiz.  The winning team was the DOTies who claimed ownership of the Phoenix mascot this year.  Friday evening entertainment was provided in the bar by the talented Arthur Billington.

Saturday was a full day of knowledgeable, experienced, and captivating speakers, with Pagan Question Time, a raffle for charity, retail therapy, closing ritual with the Liskeard Moot, and dance with Merv Davy the Cornish Piper.

Saturday evening entertainment was with Nigel Shaw and Carolyn Hillyer, both of whom are highly creative, talented, and renowned musicians from the heart of Dartmoor.  The first half was deeply spiritual and quiet, the second a dynamic dance of the joy of being.

On Sunday, The Museum of Witchcraft and Magic generously gave free entry for Pagan Phoenix SW conference participants.  This was a special opening and sneak preview of the exhibitions for 2019 before being open to the public at Easter.  Well done to those brave souls who faced the cold Sunday to visit the Museum.

As soon as the doors opened we experienced a huge rush of Pagan folk of both old friends and new.  We warmly welcomed people, checked tickets, gave out programmes and complimentary stickers.  We also had a limited supply of badges specially made for conference 2019 which sold out extremely quickly.

Judith welcomed everyone to the Pagan Phoenix Southwest conference.  To start this magical day she then led people in the ‘Isis Prayer of Awakening’ from deTraci Regula’s 1995 book, “The Mysteries of Isis – Her Worship and Magick”.

The first speaker was Andy Letcher, a freestyle pagan, who draws eclectically in his practice from Traditional Witchcraft, Druidry, Heathenry, Chaos Magick, Discordianism and Psychedelic Spirituality.  In his talk, he spoke about the development of The English Magic Tarot and his role in writing the accompanying book in 2016.  The English Magician known as Rex Van Ryn drew the original artworks. Rex has worked on (amongst other publications) the comic 2000AD, beloved by many members of the Pagan community.  Andy, in writing about the images, had to trust in the process of reinterpretation using ‘Logos’ to find ‘Mythos’  He drew links to the evolution of modern tarot decks with some notable (and notorious) English magicians.  Andy commented on the irresistible lure of solving riddles.  This deck is stuffed full of symbols and infuriatingly half-hidden clues; interpreting these freely brings our imagination into play and links us to the mysteries.

Carolyn Hillyer spoke next.  She is a renowned artist, musician, writer, drum maker, and workshop teacher of thirty years standing.  Much of her inspiration comes from living and working on an ancient Dartmoor farmstead. She sings of ancient spirit and hidden memory and writes about ancestral roots and the deep experience of women in their weaving of courageous life paths.  Carolyn focus for the talk was on her new book called Book of Hag, about the ageing process of women and connected fragments of memory.  Personally, she has realised that despite her abundant years of work there is so much more to do.  Carolyn also furnished us with a hilarious tale of an old woman and a bear, and the ancient ritual of baring your behind; great stuff! 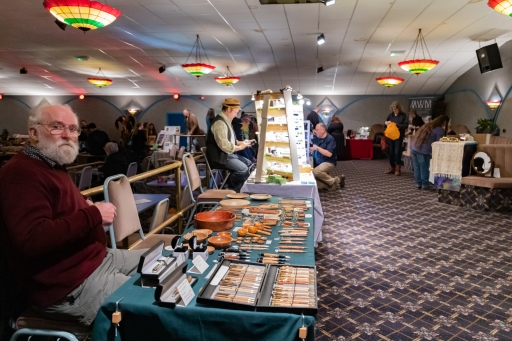 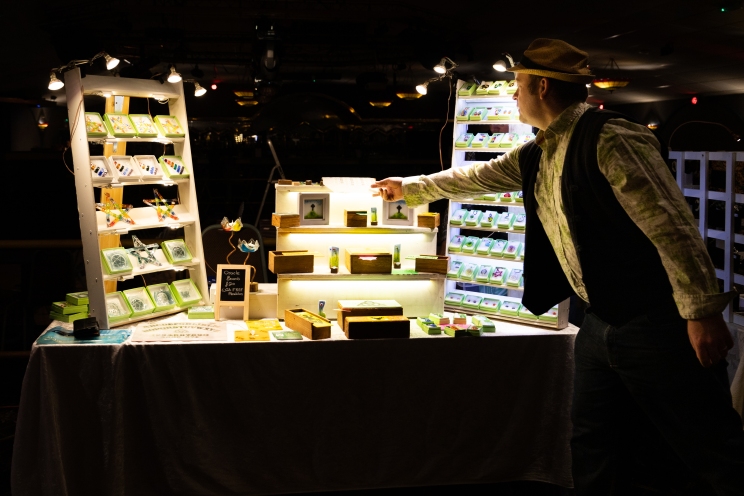 After lunch, Damh the Bard spoke about his evolving relationship with the ancient Welsh text the Mabinogion.  Damh expresses his spirituality and love of folk tradition through music, storytelling and poetry.  His current project is to bring the Four Branches of the Mabinogion to a wider audience by returning them to their oral tradition.  His gradual unfolding of the mysteries over time has enabled him to release two (of four) albums of spoken word, and musical songs in audio format.  Damh has endeavoured to stay close to original translations but also include up to date research by modern Mabinogi scholars.  The way he talks about this unravelling and retelling of these texts is without a doubt compelling and contagious.

Pagan Question Time addressed various topics including dreams and inspiration, rituals and rites of passage of the older person in a youth-driven culture, and what is your favourite ancestral find.

Raffle prizes were, Ian’ s skilled slate cut runic lettering from the Havamal, signed books by Carolyn and Miranda, and donations by all the stallholders. Many thanks to everyone who generously donated items, money, and bought raffle tickets in aid of this year’s good causes.  Conference attendees raised £310 for Surfers Against Sewage and an additional £75 for two young Pagans (who have almost grown up at the conference) for a charitable schools project.  The 5th Elephant stall also raised £106.50.

Our final speaker was Miranda Aldhouse-Green, Emeritus Professor of Archaeology at Cardiff University.  Miranda’s research concentrates on the religion and ritual of the British and European Iron Age and Roman period.  She is an insightful lecturer, especially in what happens to religion when cultures collide. She has guest lectured all over the world and has published widely on sacrifice, Druids, Celtic art and iconography. Her talk focused on her 2018 book ‘Sacred Britannia’, concerning Romano-British culture, worship, and the merging of deity and religion.  She drew attention to the treatment of metal and stone heads that had been violently decapitated from Roman statues and deposited in rivers.  This can give a profound insight into the continued indigenous practice of headhunting among the Celts and the deeply rooted ‘Cult of the Head’ in Celtic spirituality.

Closing Ritual was kindly presented by the Liskeard Moot; this brought us face to face with the common myths and cultural attitudes of various peoples that lay claim to the magical and eternal Phoenix Fire Bird legend.  You can see it here.

Merv Davy (Grand Bard of Cornwall and Cornish Piper) and Alison (his Drummer) led everyone in the traditional Dance, to help bring the spiralling and cyclical energy of Spring into your hearts and add to the spirit of Penstowe.

Many thanks to everyone who participated in this event, the conference attendees, our speakers and performers, our photographer, the staff at Penstowe, an all of you who helped the conference crew make this a truly magical day! 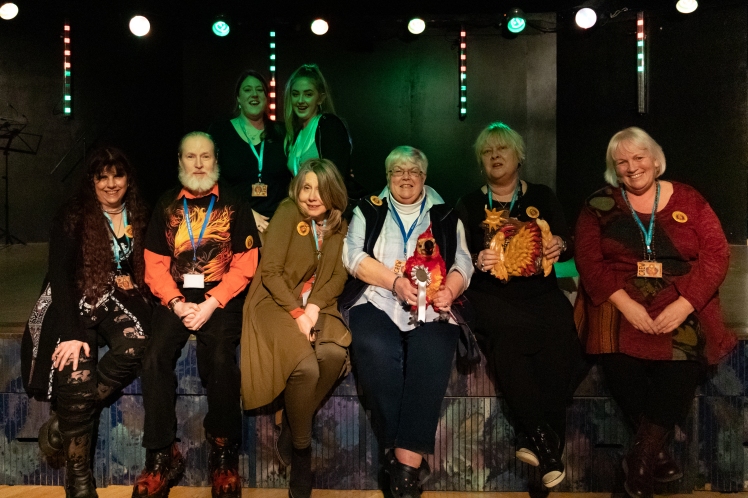