When Aleister Crowley died in 1947, he was not an obvious contender for the most enduring pop-culture figure of the next century. But twenty years later, Crowley’s name and image were everywhere. The Beatles put him on the cover of Sgt. Pepper’s Lonely Hearts Club Band. The Rolling Stones were briefly serious devotees. Today, his visage hangs in goth clubs, occult temples, and college dorm rooms, and his methods of ceremonial magick animate the passions of myriad occultists and spiritual seekers.

In this talk, Gary Lachman traces the arc of the “great beast’s” controversial life and his unparalleled influence on modern pop culture. Looking beyond Crowley’s reputation as the wickedest man in the world Lachman will uncover how Crowley was a master of ceremonial magick, yoga, Qabalah, Tarot and numerous meditation traditions as well as a mountaineer, poet, a chess player of distinction and a mentor to the great Portuguese poet Fernando Pessoa. 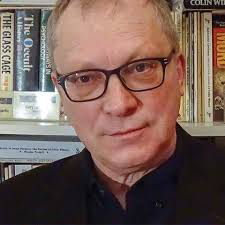 Everything we realize in ourselves frees us from other people – Maurice Nicoll
http://garylachman.co.uk/
https://www.amazon.com/author/garylachman